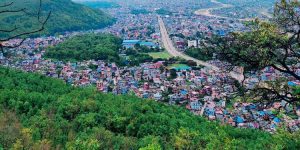 Visiting the beautiful city of Butwal

Nepal is a country with a rich cultural heritage and a long history. When you visit Nepal, you are likely to see many of the country’s famous temples. As a foreigner, there are a lot of options to learn about Hinduism and temples in Nepal and places like Pokhara, Ilam, Chitwan, or Butwal. You could also engage in thrilling trekking adventures or tours while visiting these temples. Nonetheless, you may need a more comprehensive description of the best temples in Nepal to assist you in your trek.

Located in the Western Development Region, Lumbini Zone, Rupandehi District, Butwal is a sub-metropolitan city in Nepal, an urban center for an agglomeration that is rapidly growing. It is the administrative capital of the Lumbini Zone. The growth and development of Butwal make the city a wonderful destination for foreign explorers. Located on the Tilottama River, 161 kilometers south of Pokhara and 265 kilometers west of Kathmandu, the city is nestled in the valley of the Tinau River. The city is named after Batauli Bazaar, one of the oldest neighborhoods in the town on the west bank of the Tinau River.

The town of Butwal is located at the crossroads of two major highways running through Nepal, the Mahendra Highway and the Siddhartha Highway. It is connected to Kathmandu by road and air (via the Siddhrthanagar airport). Nepal’s fastest-growing cities are those that excel in the areas of education, roads, marketing, health and safety, communications, trade, and banking.

Butwal was a loose town in the Lumbini region that served as a trading post bridging the Indian plains with the hilly areas of Lumbini. As a result, Butwal represented a historical link between Nepal and India. However, Butwal became a point of contention during the 1814-16 Gurkha War. During the British East India Company’s rule of Awadh and the Shah Dynasty’s invasion of Terai, the British captured Awadh from its hereditary rulers.

Back then, Butwal was merely a settlement on the bank of the Tilottama River (also known as Tinau) when King Tribhuvan fled to India during the revolution against the Rana dynasty in 1950. With the completion of the Siddhartha Highway in 1968 connecting Sunauli to Pokhara via Butwal, as well as the Mahendra Highway running through all of Nepal’s Terai in 1970, Butwal is one of Nepal’s most urbanized areas.

While you visit Nepal, visiting this city full of culture and beautiful location is a must. Butwal has several places worth visiting. They are:

Manimukunda Sen Park is remarkable from both a natural and archaeological viewpoint that the winter home of the Palpali Sen clan exists. It is here that one can admire the magnificent palace and royal residence of Manimukunda Sen, an ancient Palpali king with six huge chambers, administrative functions, and picturesque grandeur of Butwal, Siddharthanagar, and other neighboring villages of Rupandehi district.

In 1991, the archaeological department of His Majesty’s Government initiated a program to manage the park. However, Butwal municipality formed the Manimukunda Sen Park Conservation Council to implement the park’s development program and make it a tourist attraction.

Historically, this area is meaningful to the Gurung people because Gurung ancestors are buried here. The hill provides views on both sides of the city and divides the city into two sections.

When there is a drought, people flock to this river to swim and collect water. From here, you can even see the holy Manakamana Temple.

The Sainamaina outdoor museum has a fascinating history, archaeological site, and eco-tourism perspective. It is located in the Samgrama site, which was one of the Shakya Raj’s Grama villages in Butwal. Awadh’s kingdom was at the mercy of the British when Begum Hazrat Mahal of Awadh brought her warriors and porters to this area in response to the disruption caused by the British. So it became known as Saina Maina. It is an amazing site full of old ruins and antiquities, such as statues of dancing saints, ruins of a castle, and a well.

On the hills surrounding Butwal Municipality, there is a temple named Siddha Baba Temple. Devotees believe that if they bring pigeons to the temple, he will grant their wishes. Huge crowds of worshippers flock to this temple on Saturdays. Thus, there are several microbus services available on Saturday.

Global Peace Park in Butwal is a relatively new place that is also described as a symbol of peace. It attracts many international celebrities, tourists, and models due to its inherent beauty and perfection. While visiting Butwal, Global Peace Park is a must.

In addition to its attractive and gorgeous animals, Banbatika Forest Resort has lots of decorative elements as well. This is a nice place to have a picnic and celebrate many different occasions. Banbatika is a wonderful tourist destination with an assortment of wildlife, including anacondas, white mice, ostriches, deer, leopards, and rabbits, among others.

Located on the city’s outskirts, the recently built Muktidham temple at Nayagoan is reminiscent of Muktinath’s Vintage Temple in Mustang.

Nearby Places of Interest in Butwal

In addition to the Industrial Region, there is the Charange district, known for its natural beauty, just a few meters from the Butwal gate (the gate through which Butwal City begins). Furthermore, some other places that will impress you while in Butwal are mentioned below.

How do you get to Butwal?

There are around 100 buses that travel from Butwal to Kathmandu, as well as buses that travel to Pokhara, Dang, and other important cities. The most common mode of transportation is buses. Until 2003, most of the fleet was made up of old, large buses, but operators have introduced newer, smaller microbuses since then. People are transported to hilly areas by older Jeeps.

Finally, when you decide to visit the gorgeous city, hope you have a great time. Furthermore, you can count on hospitality as well as the beauty of the city to impress you as you explore Butwal. We here at Pokhara Info can arrange for a tour of Butwal city if you are interested.